About 6-Hour Safety Culture...
How do you get workers to [consistently] do the ‘right things’ at 3:00AM when no one else is watching? The answer to this question provides the ultimate (yet little understood) solution to rapid and sustainable improvement in safety, reliability, and efficiency. The great news is- it’s not complicated.
In 6-Hour Safety Culture, Tim Autrey offers tangible insight into how to achieve and sustain next-level performance in any organization. Using stories and anecdotes drawn from his experiences within the US Naval submarine service, nuclear power generation industry, and as Founder/CEO of the PPI Global, Ltd., he breaks down the underlying science of human performance into simple understandable ‘chunks’. He offers a great deal of ‘simplicity on the far side of complexity’.
In Part I, you will be enticed to THINK Different as Tim Autrey takes you on a journey of awareness into the world of Human Performance.
Building upon a foundation of four simple precepts and a four-part systematic approach for leveraging positive aspects of human nature, he then takes you into Part II, where you will learn how to FEEL Different- to truly influence the hearts, minds, and souls of your organization members. Moving from insight, to strategy, to action, Tim will teach you the Individual Performance Model™, the same model used by leaders throughout history to influence human behavior and develop high levels of personal accountability. He then takes this model into the third dimension, providing a proven recipe for rapid and sustainable team, department, and organizational culture transformation.
In Part III, you'll learn HOW to DO Different™ as Tim directly explores and develops the tenets of human error, Safety Culture, and Just Culture. He breaks through the hype, teaching you what’s important (and what to avoid) in any performance improvement effort. He then develops a simple four-step ‘recipe’ for engaging organization members on an ongoing basis; a method that directly promotes alignment with organization principles and a one team approach to doing business. He ties everything together with the Human Performance Blueprint- a step-by-step implementation guideline for achieving and sustaining next-level performance within any organization.
Tim wraps up the 6-Hour Safety Culture journey with a challenge- a challenge to you and everyone else who chooses to learn…and take action. A challenge to make (as Steve Jobs put it) 'a dent in the universe'; to truly help make your organization, and ultimately the world, a better and safer place 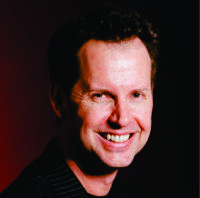 TIM AUTREY is the creator of Practicing Perfection®, the next-level approach to achieving and sustaining human error reduction, safety improvement, and human performance enhancement. He is the Founder/CEO of the Practicing Perfection Institute, Inc. and PPI Global, Ltd., which since 2005, have worked with some of the largest organizations on the planet, helping over 100,000 Team Members and their Leaders sustainably reduce errors, enhance safety, and grow quality.
Results achieved through implementation of the Practicing Perfection® approach include sustained reductions in the rate of human error of up to 87.5%, supplemental (contract) workforce error reduction of 72.4%, and a facility's best safety and output record in a 26-year operating history. A measurable example of the associated culture transformation includes a year-over-year 70% reduction in bargaining unit grievances.
Due to the expansion of international operations, PPI Global, Ltd. was established in 2014 to function as the global orchestrator of Practicing Perfection® services, training, and implementation. Trainings have been conducted around the globe including China,  Russia, Belgium, Germany, Hong Kong, Singapore, and India.
Tim Autrey is the author of the Electrical Power Research Institute's (EPRI) official Guideline on Human Error Reduction. He has been instrumental in helping to guide The Joint Commission in its efforts to promote High Reliability in Healthcare in the United States. He has spoken at Stanford University and The Mayo Clinic. Tim is a Telly and Emmy Award winning producer, and has been seen on ABC, NBC, CBS, and FOX networks.
Wholly committed to making the world a better and safer place, Tim and his wife Suzette have financed startup of the international not-for-profit Human Performance Association, designed to bring brightest thinking and best action together- to change the global conversation on Human Performance.


The HPA Board of Advisors is comprised of thought leaders, organizational leaders, and front line practitioners, each of whom has recognized expertise in their respective fields. Each member subscribes to the tenet that “no one of us is as smart as all of us”, and is therefore offering to and receiving from a pool of synthesized insights and strategies with the intent of continually defining and refining the next level of next-level human performance.
The Association will use the latest in technology to conduct virtual meetings, as well as online learning and information sessions in order to make next-level Human Performance insights, strategies, and collaboration available to as many people around the world as possible. In addition, annual and regional on-location conferences will also be conducted.
Click here for more information.